What the Hell Happened on Twitch Last Night?

If you were on the internet anytime after 8 pm, you probably kept seeing the same three words trending: Drake, Ninja, and Twitch.

You wouldn’t be faulted if you didn’t know what any of these words mean. Let’s do a quick run through – Drake is a famous rapper who you probably will recognize the most out of the trio. “Ninja” is a Twitch streamer to be exact – who earns his living by live streaming himself playing video games on Twitch. Twitch is a platform – a constant feed of live streams, with a primary focus on video games. It’s a rapidly growing platform with a solid audience base and revenue stream for users like Ninja. To further its importance, Twitch was bought out by Amazon in 2014 for roughly $1 billion. Okay – Drake is a rapper. Ninja is a Twitch streamer. Twitch is a live streaming platform. Got it?

So last night Drake tweeted out that he would be joining Ninja in one of his Twitch live streams, playing a video game called Fortnight with him. What’s the significance? Well, first off, it shows the distinction in audiences between social platforms. Twitter was the first to pick up on the event, followed shortly by Instagram. Now Instagram is more for sharing pictures and not hosting fluid conversations – so it’s no surprise it took a bit to start trending. However, if you were on Facebook, you may not have even seen these words trending until it was almost over.

This is obviously because Drake, video games, and live streams are more appealing to a younger audience, while Facebook’s audience skews a bit older. That alone is fascinating as it points out the distinction between platforms in terms of who is using what, how, and when – all centered around trends. So Drake tweets out that he’ll be joining Ninja and within an hour or so about 600,000 people are watching Ninja’s stream. Ninja and Drake are playing a video game together, and more than half a million people are watching. The 600,000 number is a record for Twitch, being the most viewed live stream on the platform. This is also great for Ninja since these 600,000 people are how he makes his money. When a person joins Ninja’s stream, they have three options: chat, donate, or subscribe. Donate is what it sounds, as well as subscription being a recurring donation of sorts.

Why does any of this matter? Well, before this, Ninja was making anywhere from $150,000 to $250,000 a month, just from subscribers. As we said – Twitch is a big platform and Ninja is one of its up-and-comers. Drake’s presence on the stream brought in his audience and made this a newsworthy event – making it the only thing the internet could talk about for several hours and driving traffic to Ninja’s stream. Based on the numbers and subscriber surge from last night, Ninja is poised to make $1 million PER MONTH.

The big question is “Why?” Drake is pretty popular in culture, so he didn’t need the exposure. Ninja and Twitch certainly benefitted the most from this, as well as the game they were playing. But still… Why? It’s yet to be determined whether or not this was some planned PR move or an organic culmination of two friends wanting to play a video game together. I am putting my money on the former.

If you don’t care about this, you should. It’s vital to understand the popularity of Twitch and the act of live streaming in general. It’s the merging of audiences from two different industries. Hip-hop fans are not experiencing video game culture and vice versa. It’s significant exposure for everyone involved. Everyone probably made a good bit of money. It was a beautiful collision of audiences through an entertaining event. No matter how you slice it, this was a good move on everyone’s part as it is STILL all most gaming, hip-hop, or culture outlets can talk about. 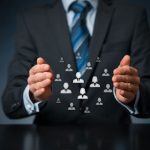 How To Use Facebook Ads To Grow Your BusinessMarketing, Social Media, Uncategorized 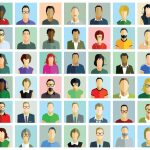