A creative professional created a used Honda commercial for his girlfriend’s 1996 Accord and proved to the world that advertising could sell anything. He did so well that the eBay listing was flagged by the fraud team because who would pay $150,000 for a used Honda Accord that has 141,095 miles on it? The mistake was caught, and the auction was allowed to reopen.

Max Lanman, the creative professional who made this masterpiece, obviously didn’t expect his used Honda commercial to go viral like it did. But his YouTube video has 3.8 million views, and his social media has exploded. The starting price was only $499. The new eBay auction has 57 bids and is at $3,200 at the time this article is written.

His viral used honda commercial uses the tagline, “Luxury is a state of mind,” the perfect accompaniment to selling a 1996 used car. Max didn’t lie about the awesome of the car itself but touched on the awesomeness you could experience if you had the car. The commercial includes beautiful aerial shots and crazy accessories in the car including a mirror in the trunk, lots of rubber duckies in the back, and a coffee pot in the passenger seat. Too bad the car doesn’t include the cat and coffee pot when it is purchased, but you do get to have all those rubber duckies and the cassette tape converter.

Max hit the nail on the head connecting with his audience. This whole situation just proves that great concepts and executions of advertising can sell a piece of junk to a rich guy. You can’t just slap together an ad with some crappy photos and hope someone will be interested and pay top, or overpriced, dollar for it. You’ve got to put in the effort, even when it is a bit ridiculous, to see results.

We’ll Be Seeing More of Max in the Future

I have a feeling Max is going to be contacted by some new clients soon. He has shown the marketing and advertising world that he can create beautiful ads that work for items not many people want. But really who else do you know would have been able to get an eBay bid for a used 1997 Honda up to $150,000? 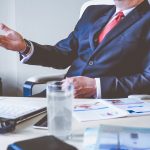 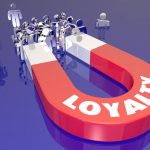