Apple has released two new phones since September of this year. The iPhone 8 was released on September 22, and the iPhone X was released today on November 3. In my humbled iPhone disliking opinion, the idea to issue two new expensive phones within 43 days of each other is just dumb.

The iPhone 8 experienced a smaller release hype and camping turnout because everyone was anxiously waiting for the iPhone X to be released. Many Apple stores have been reporting larger lines for the iPhone X release than they had for the iPhone 8. The iPhone 8 is just a slight upgrade from what the iPhone 7 was. So why get that when you get a completely new phone with the X. It’s what Apple has been doing for years: changing a few things every year and marketing the slightly better version to be the only phone to have because the older one is now just a lemon brick.

I just don’t understand the thought process of releasing the usual newly changed iPhone 43 days before releasing the new innovative iPhone X with a million new features and quirks. Apple has essentially released a new lemon along with its newest phone model. The iPhone 8 is close to almost half the price of the iPhone X.

They’ve Put Themselves in a Hole

In my opinion, Apple should have given the iPhone X a different more creative name since they are probably going to start releasing two new phones every year like Samsung does. Samsung has been calling their phones Galaxy S and Galaxy Note and adding the version number at the end. Apple even wants to world to pronounce the “X” as “ten” not “ex” which no one is doing. I think this is because the device was released at the same time as the 8 and it feels weird having phones from the same company with two different numbers is weird. What are they going to call their phones next year? If could be anything at this point since they have taken away 9 and 10 (X). 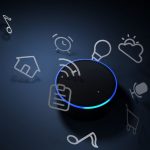 Everyone Wants to Hack Face IDNews