What the Facebook Cambridge Analytica Fiasco Means for Advertisers

A Facebook fiasco has garnered a lot of uneducated backlash from the media and public. Over 50 million users’ profile data was mined with a quiz app created by a University of Cambridge researcher. At the time of the mining, Facebook’s app permissions allowed app developers access to app users’ information as well as information from their network of friends. This collected data was then sold to Cambridge Analytica to be used during many Facebook marketing campaigns. While collecting data from app users was well within Facebook’s privacy terms at the time, selling the information to 3rd parties was against Facebook’s terms of privacy.

Cambridge Analytica took the collected user data to create and target advertising messages specifically catered to these individual users. While creating and targeting messages is key to a successful advertising campaign, it is wrong to abuse the privacy of these Facebook users in questionable marketing practices. Yes, Facebook allows us to target audiences for our ads, but they are aggregated by Facebook and remain anonymous to advertisers. We don’t know who they are. They remain points of data until they engage with the ad by commenting, reacting or sharing it.

When Facebook updated their app permissions in 2015, Cambridge Analytica was supposed to delete all user data. After claiming to have complied with Facebook’s request, they did not. Facebook has known about the illicit data collected by Cambridge Analytica but took their word and did not further investigate.

In light of this Facebook fiasco, users are feeling less secure with Facebook’s policing of their privacy protection. This “data breach” has led to the trending hashtag #deletefacebook. Many Twitter users are advocating for Facebook users to leave the platform because of Facebook’s lack of security monitoring.

It is obvious that many of these “delete Facebook” advocates do not fully understand how or why Facebook collects data. Almost every app and website lets you set up an account or connect an account with your Facebook profile. Why do you think that is? It’s to collect as much data about you, your interests and your buying habits. Facebook lays out all of these permissions and policies in their rarely read Terms of Service. Whether you know it or not, Facebook has full permission to collect your data on many apps and websites.

Facebook has said that they are increasing their data monitoring by investigating and auditing apps in an effort to make sure no company is still illicitly mining or misusing user data. They plan to make data collection through apps limited to only basic information like name, profile photo, and email address. They stated that users will now be able to see what information Facebook has collected and why certain ads displayed.

The threat of a mass exodus from Facebook has left some advertisers and marketers wary about the future of Facebook advertising. But it is unlikely enough users will leave the platform resulting in any significant changes. Other companies have experienced similar and more extreme data breaches that were eventually forgotten. This Facebook “data breach” will eventually fall out of the news sphere as more people come to realize that they are mostly at fault for not fully understanding the amount of information they are freely giving away to so many apps and companies.

Facebook and advertisers need to stay honest and transparent with users. For those Facebook users that are aware that the platform is not just a social media platform, they understand that it is also an advertising platform built that allows brands to better target its large user network. As long as Facebook’s users understand what information is collected, how it is collected, and how it is shared with advertisers, advertising on Facebook should remain relatively unchanged with the added benefit of transparency.

Users have already invested a huge amount of time building their presence on the platform. Many rely on Facebook to stay in touch with friends, family, and their favorite brands. As long as there are people still using Facebook’s social media platform, there will still be advertisers marketing to users regardless if they understand the ins and outs of how they are freely giving away their information to Facebook and the businesses that advertise on the platform.

THANK YOU FOR READING OUR STUFF!
FOR UPDATES ON THE LATEST TRENDS IN SALES AND MARKETING,
OR TO SEE PICTURES OF DOGS AND THINGS WE DO.
FOLLOW US ON FACEBOOK, TWITTER, OR LINKEDIN.

advertising Cambridge Analytica data breach facebook
What the Facebook Cambridge Analytica Fiasco Means for Advertisers2018-04-132018-04-16https://www.techadvocategroup.com/wp-content/uploads/2017/07/techadvocategroup-wtag276x70-2.pngTech Advocate Grouphttps://www.techadvocategroup.com/wp-content/uploads/2018/03/fb-fiasco-webopt.jpg200px200px
About
Natalie Noel
Natalie Noel is the founder of the digital marketing agency, Tech Advocate Group (TAG). Early in her career, Natalie received a Division 1 basketball scholarship from the University of Louisiana at Lafayette. After graduating, Natalie started working in the marketing industry, specifically CRM technology, sales enablement and software development. In 2009, Natalie enrolled at Louisiana State University, where she earned her MBA through the LSU Executive program. After LSU, Natalie founded TAG, using her strategic marketing expertise, knowledge of marketing software and business to help brands gets results. Starting with just one client and no employees, Natalie has grown TAG immensely in the last five years. Evolving into a 10-person digital agency that serves a variety of clients on a national level and manages hundreds of thousands of dollars in Facebook and Google advertising. Natalie leads a team focused on increasing client’s revenue by implementing the best practices in SEO, Google AdWords, Inbound marketing, CRM and Facebook Advertising. On top of all this, Natalie is an avid podcast aficionado, mother of two and sports fanatic. 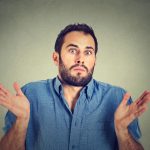 What the Hell Happened on Twitch Last Night?Marketing, News 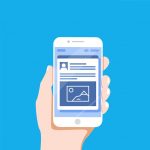