Everyone Wants to Hack Face ID

A new trend emerged when iPhone X was released. Everyone has been trying to hack Face ID to disprove Apple’s security claims. You can find hours of content on YouTube that show individuals trying different ways to trick Face ID into either not opening for the owner or opening for someone else entirely.

Very few people have succeeded in tricking the Face ID. Several people have tried different levels of makeup to try to get the phones to not unlock for their owners. There are even a handful of instances where drag queens test out the technology with little success tricking the software. For almost all of the users, makeup did not affect Face ID in recognizing the user and unlocking for them. And if it did, it was inconsistent and would eventually unlock. Which is great because most people don’t wear makeup every day or even the same way for two days in a row. This is understandable because Face ID uses a type of 3D photo scanning that Apple calls the TrueDepth sensor that logs a 3D image of your face.

Apple claims that there are only 1 in a million chances that your phone will unlock for someone else. Face ID has been proven to unlock for a user’s identical twin. And typically, users want to keep out siblings the most from meddling in their business. Now it probably doesn’t work for all twins because not all twins have the same face even when they are identical. The faces would have to be indistinguishable for Face ID to be fooled

Apple says they worked with professional makeup artists and mask makers to assure that Face ID would not be fooled by heavy makeup and masks. But Bkav, a Vietnamese security company, claims to have successfully hacked Apple’s Face ID with a 3D-printed mask with a silicone nose. They are the first company to have video evidence of the iPhone X unlocking for an artificial face. There are some that believe that Face Id could have been set up to recognize the mask initially and that would then guarantee the actual human face would be recognized.

Regardless whether or not Bkav succeeded in fooling Face ID without any crazy tricks or workarounds they didn’t tell us about, Face ID is still the most secure personal facial recognition software. It’s not fooled by pictures like Microsoft and Samsung’s software.

THANK YOU FOR READING OUR STUFF!
FOR UPDATES ON THE LATEST TRENDS IN SALES AND MARKETING,
OR TO SEE PICTURES OF DOGS AND THINGS, WE DO,
FOLLOW US ON FACEBOOK, TWITTER, OR LINKEDIN. 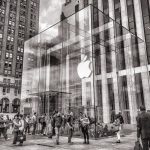 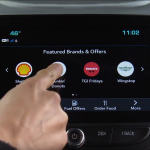