Apple makes you think they are the leader of technological advancement when they release a new product that has a feature that is new to the Apple family. Don’t be deceived. A lot of things you find amazing or groundbreaking may already be featured on products from other companies like Microsoft or Android. Apple is becoming more similar to Microsoft each year as new products are released. When Microsoft released their Surface line of products, Apple quickly followed up with the Apple pencil. It could be bought in conjunction with the iPad Pro. Techies quickly concluded that this product launched to mirror the success of Microsoft’s Surface Pen included with all Surface Pros and Surface Books.

For those of you loyal to the Apple empire, you may not be familiar with what a Microsoft Surface product does. It is essentially a tablet on steroids. Running the full Windows 10 OS, it functions like any other Windows computer with all the benefits of a tablet. A detachable keyboard is optional if you choose to go with the Surface Pro line. Microsoft doesn’t force users to rely on gimmicky apps to do core functions as Apple does. Apps are an option on Windows 10 but not a necessity because you can download any program you need as long as it is compatible with Windows 10.

Apple has slowly been trying to copy or one-up Microsoft’s Surface functionality. Their newest attempt has been the implication of iOS 11. It brings iPads closer to a functioning Mac alternative, but it is still basically a giant iPhone. Users will now be able to multitask easier with Apple’s new Spit View. Quick screen splitting was a feature on earlier Windows operating systems.

In the end, does it matter which company did what before the other? Not really. Technology is a living thing that has benefitted from companies like Apple and Microsoft stealing each other’s ideas for decades. The competition has fueled the exponential growth of technology and will continue to do so until the end of time. If the competition weren’t so heated, products like smartphones and laptops wouldn’t be what they are today. So, try not to criticize your friends for not being Apple’s number one fan or a Windows snob. In the end, they just a company trying to win over your loyalty to make sure they are the most successful at selling you a certain product. 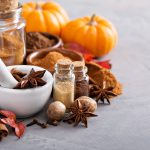 Pumpkin Spice Has Gone Too FarOpinion 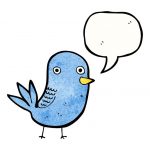